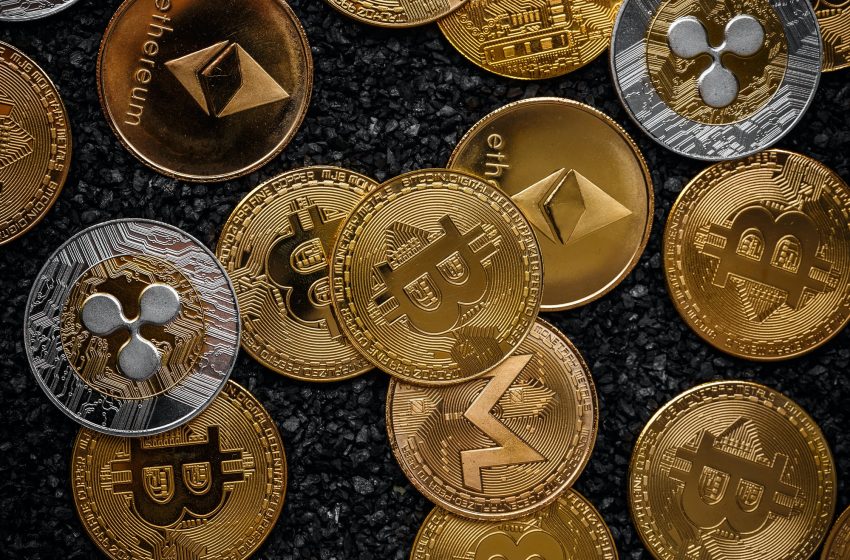 54 Cryptos That You Probably Should Know

If you have been paying attention to the financial news over the last few months, chances are that you have heard of bitcoin. This cryptocurrency is perhaps one of the most well-known in a market flooded with digital currencies. However, there are many coins out there that deserve your attention and investment dollars.

Here is a list of 55 cryptocurrencies that may be worth looking into further:

1) Litecoin – this open-source P2P currency was created by Charles Lee back in 2011 when bitcoin was already gaining momentum as part of its meteoric rise to fame.

In terms of technology, litecoin works in much the same way as bitcoin but with a greater number of units available for circulation (84 million to be exact).

2) PPCoin – this alternative digital currency was founded by Sunny King (a pseudonym like Satoshi Nakamoto’s is for bitcoin) back in 2012.

A unique feature of PPCoin is that it uses proof-of-stake technology, which means that mining requires an investment of computing power rather than vast amounts of electricity.

3) Namecoin – another open-source crypto coin like bitcoin and litecoin, namecoin is best known as the first fork to take place off the bitcoin platform.

It also serves as decentralized DNS; for instance, anyone can register a .bit domain through its web interface without having to pay third parties any fees whatsoever.

4) Novacoin – created by software developer David D who is also behind PPCoin, Novacoin is an open source peer-to-peer cryptocurrency that gives users the ability to use dual authentication security.

Some of its features include protection against low-difficulty, mass amounts of network hashing power that can be used in a denial-of-service attack on the coin’s network, and cross-chain transaction invalidation by using namecoin block data.

5) Titcoin – Titcoin was created specifically for the adult entertainment industry. Titcoin aims to provide services such as payment processing solutions for website owners.

The goal is to handle payment transactions between affiliates without having to worry about chargebacks or fraud while also offering public APIs so anyone can make use of their revolutionary system.

6)Mazacoin – this open-source digital currency was launched to the public on January 7, 2014. The coin developers are anonymous, but they have made their source code open to everyone for inspection and further development.

7) BBQcoin – was first announced in a Bitcointalk forum post by the developer known as “CODE NAME DEV” or simply DBG. On April 1st of 2013, BBQ Coin went live with its initial production wallet and genesis block.

8) Catcoin – Catcoins were created by an unknown developer going by the pseudonym “MEOW”. MEOW is also responsible for the creation of another alternate digital currency called “HAL”.

There was no pre-mine or IPO; however, there is a reward system set up that gives 10 coins for every block.

9) Craftcoin – is an open-source type of cryptocurrency that was soon developed with the aim to fulfill the original promise of Bitcoin, which was to create a fully independent, decentralized digital payment system.

10) Megacoin – can be sent anywhere in the world without worrying about cross-border remittance fees. 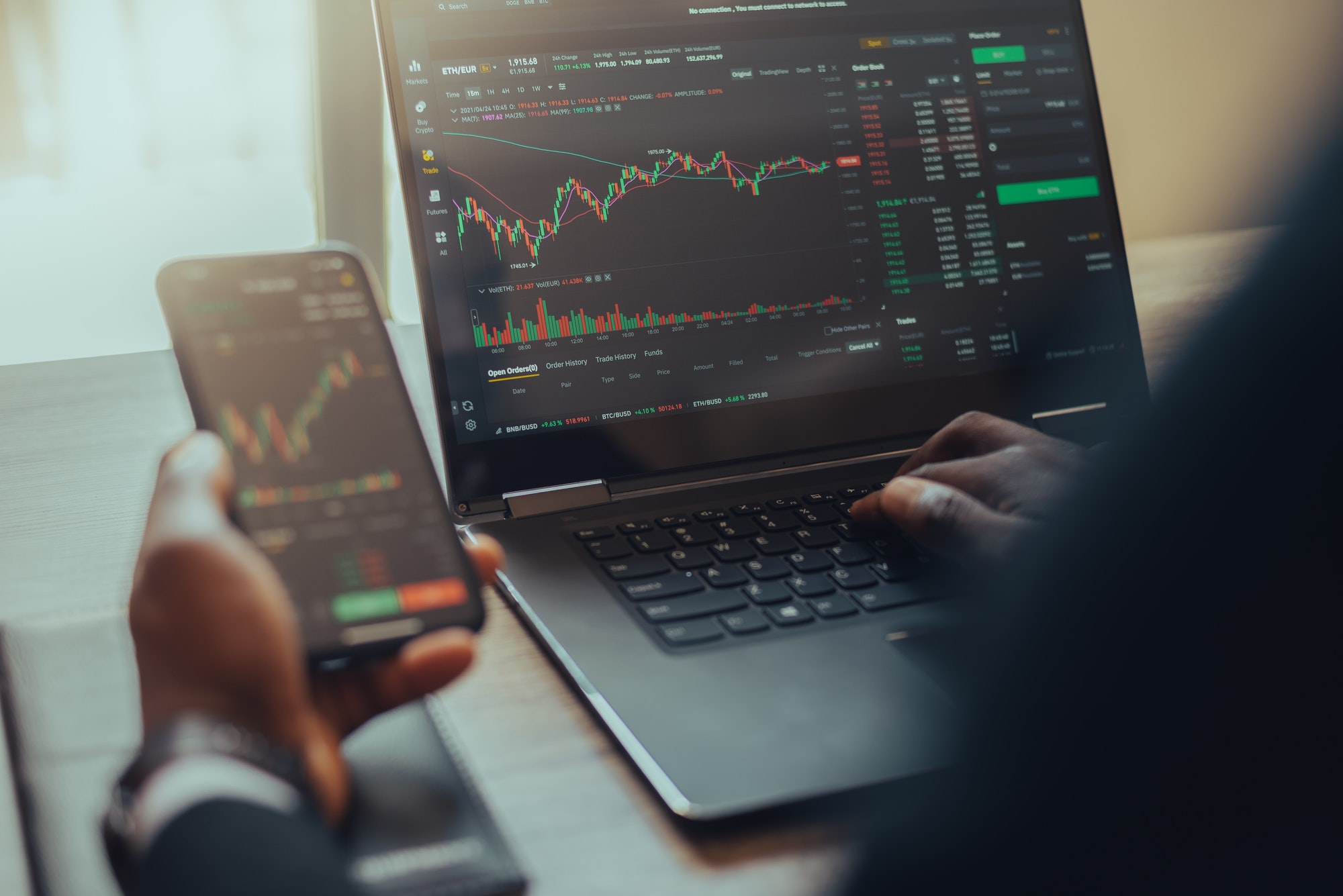 It was launched on February 28th, 2014, and uses Scrypt hashing as proof-of-work algorithm for mining purposes.

12) Unobtanium (UNO) – was created in 2013. It is a rare cryptocurrency designed to have a total of 247 million coins ever mined.

13) Dogecoin is a Litecoin derived cryptocurrency with a Shiba Inu dog from the Doge Internet meme on its logo, it is intended to have a broader demographic than Bitcoin.

14) Noirbits (NRB) – has over 100,000 users worldwide making NRB one of the most popular cryptocurrencies in existence today.

15) FedoraCoin (TIPS) is based on the X11 cryptographic algorithm instead of SHA-256 or Scrypt which are used by other cryptocurrencies. 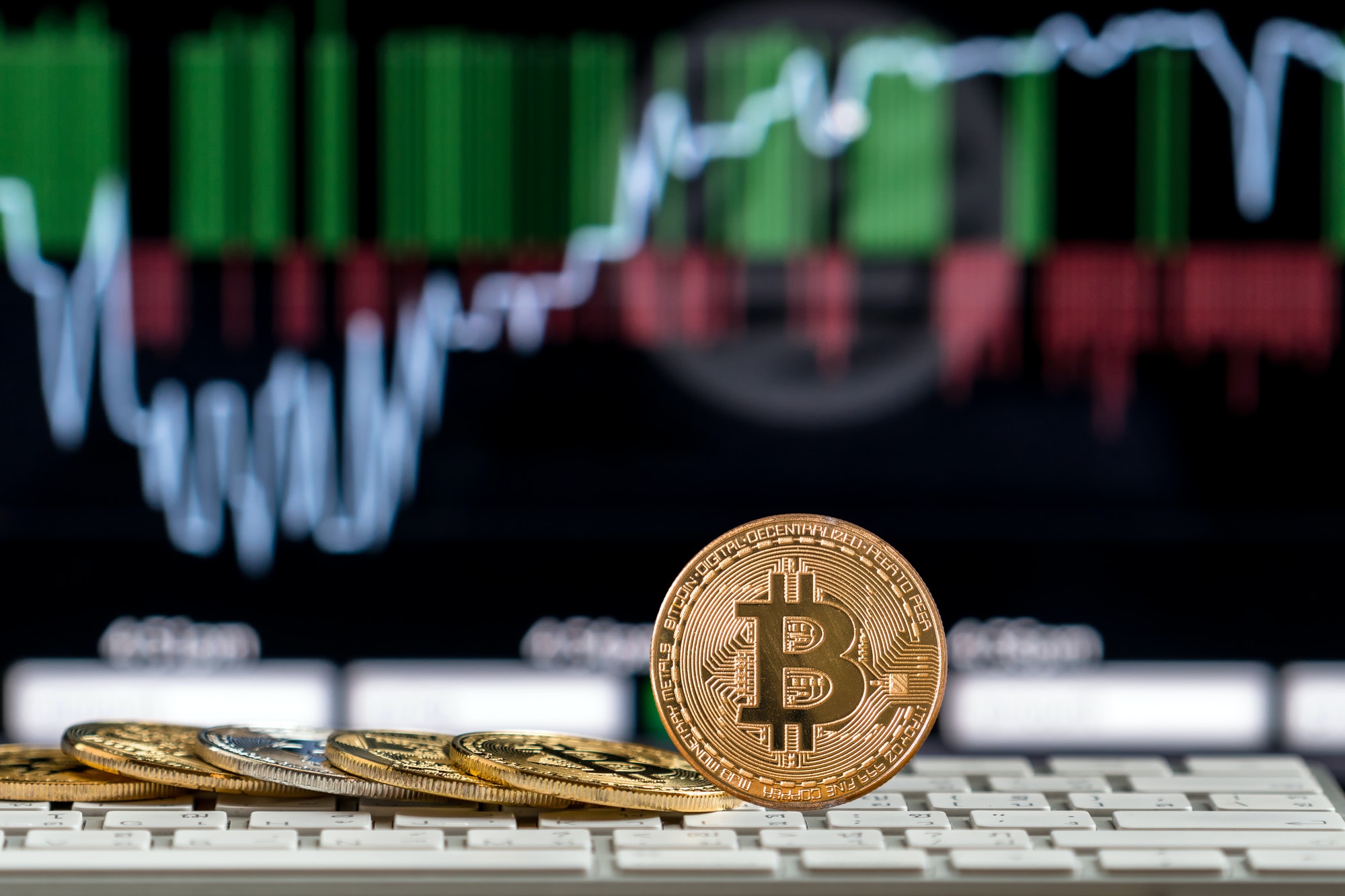 16) Vcash (XVC) was developed using bitcoin’s source code and aims to be for payments what BitTorrent was for file sharing.

17) Vertcoin (VTC) uses Ly2RE(v2), a different algorithm from the others used by many other cryptocurrencies.

18) ICOS (ICOS) is a token platform that allows launching crowdfunding projects much like Kickstarter or Indiegogo.

19) Guldencoin (NLG) is a fast and secure coin with almost zero payment cost, this makes it perfect for small transactions between friends, family members, and colleagues.

20) NautilusCoin (NAUT)  uses X13 hashing for its proof-of-work consensus mechanism. It was created to make an alternative accessible cryptocurrency since most altcoins are mined on GPUs which are less common than CPUs however NAUT is ASIC resistant meaning anyone can mine it no matter what hardware they have available.

21) Bitcoin (BTC) is the original cryptocurrency designed by Satoshi Nakamoto. It is a decentralized form of currency meaning it’s not controlled by any single institution and transactions take place between users without an intermediary.

22) Monero (XMR) is a secure, private and untraceable cryptocurrency that was created in 2014. It uses CryptoNote Protocol with many built-in privacy features for all types of transactions within the network.

23) Dashcoin (DSH) used to be known as DarkCoin before rebranding in 2015 due to some legal troubles in countries where cryptocurrencies are outlawed. DSH has similar characteristics to Bitcoin but transaction speeds are much faster when using their InstantSend feature.

24) Shiba Inu is a cryptocurrency featuring a likeness of the Shiba Inu dog from the “Doge” Internet meme as its logo. Introduced as a “joke currency” on 8 December 2013, Dogecoin quickly developed its own online community and reached a capitalization of US$60 million in January 2014.

25) Ethereum (ETH) is an open-source distributed blockchain that has smart contract functionality. With ETH you can execute code without any possibility of downtime, censorship, fraud, or third-party interface. 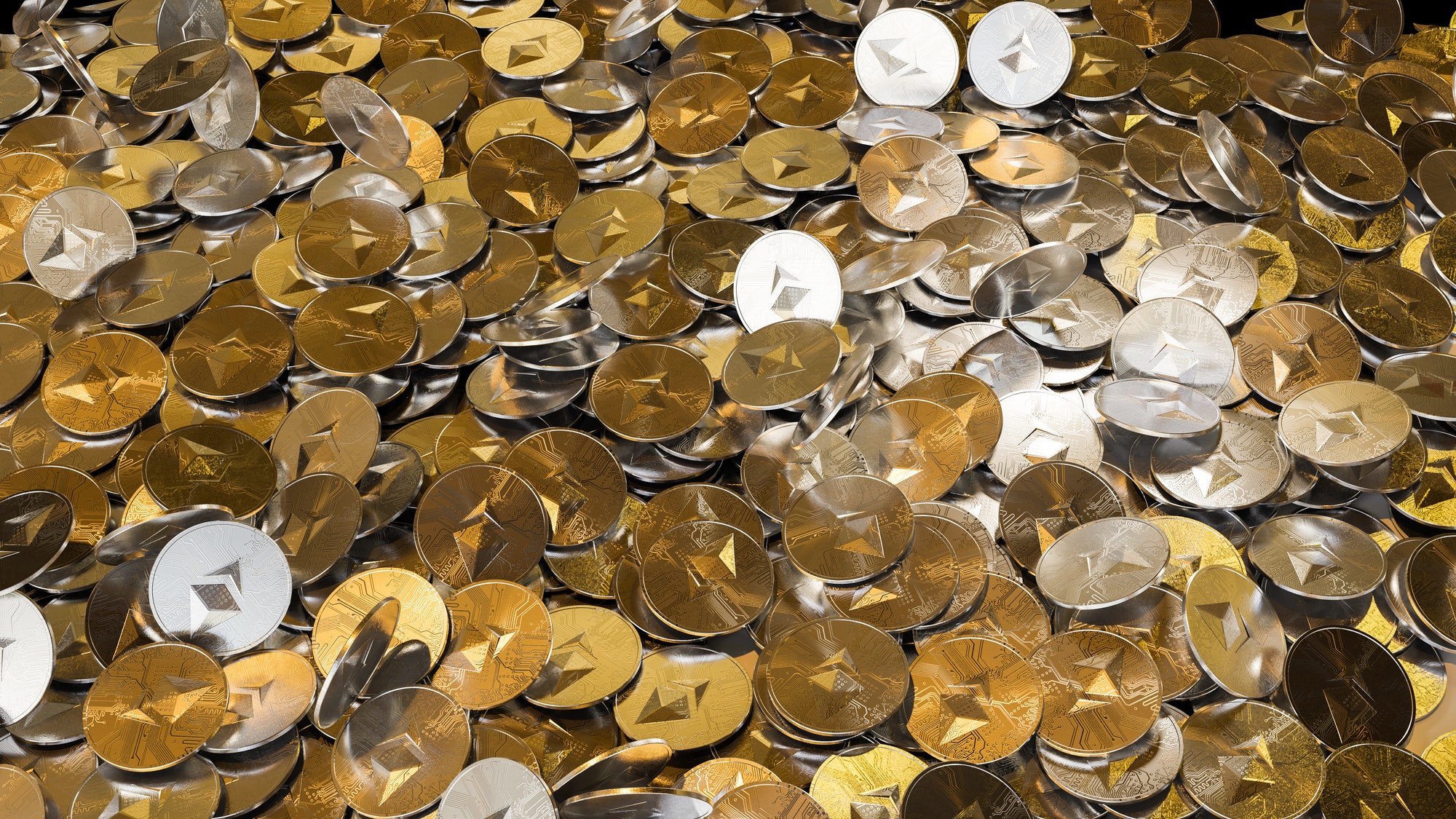 26) BlackCoin (BLK) was launched by creator Rat4 on February 24th, 2014 as a fast, secure and Proof-of-Stake based alternative to Bitcoin and other cryptocurrencies.

28) Golem (GNT) enables personal computers to perform functions traditionally reserved for servers. By renting their idle CPUs or GPUs to verify transactions in the cloud, users can earn income in GNT with little startup cost and effort involved.

29) Polkadot (DOT) is a heterogeneous multi-chain technology consisting of many blockchains, which allows for highly-scalable applications to be built on the Polkadot network.

30) Stellar Lumens (XLM) are digital assets that are issued by a non-profit organization that has the stated goal of acting as a bridge between financial institutions and the blockchain. 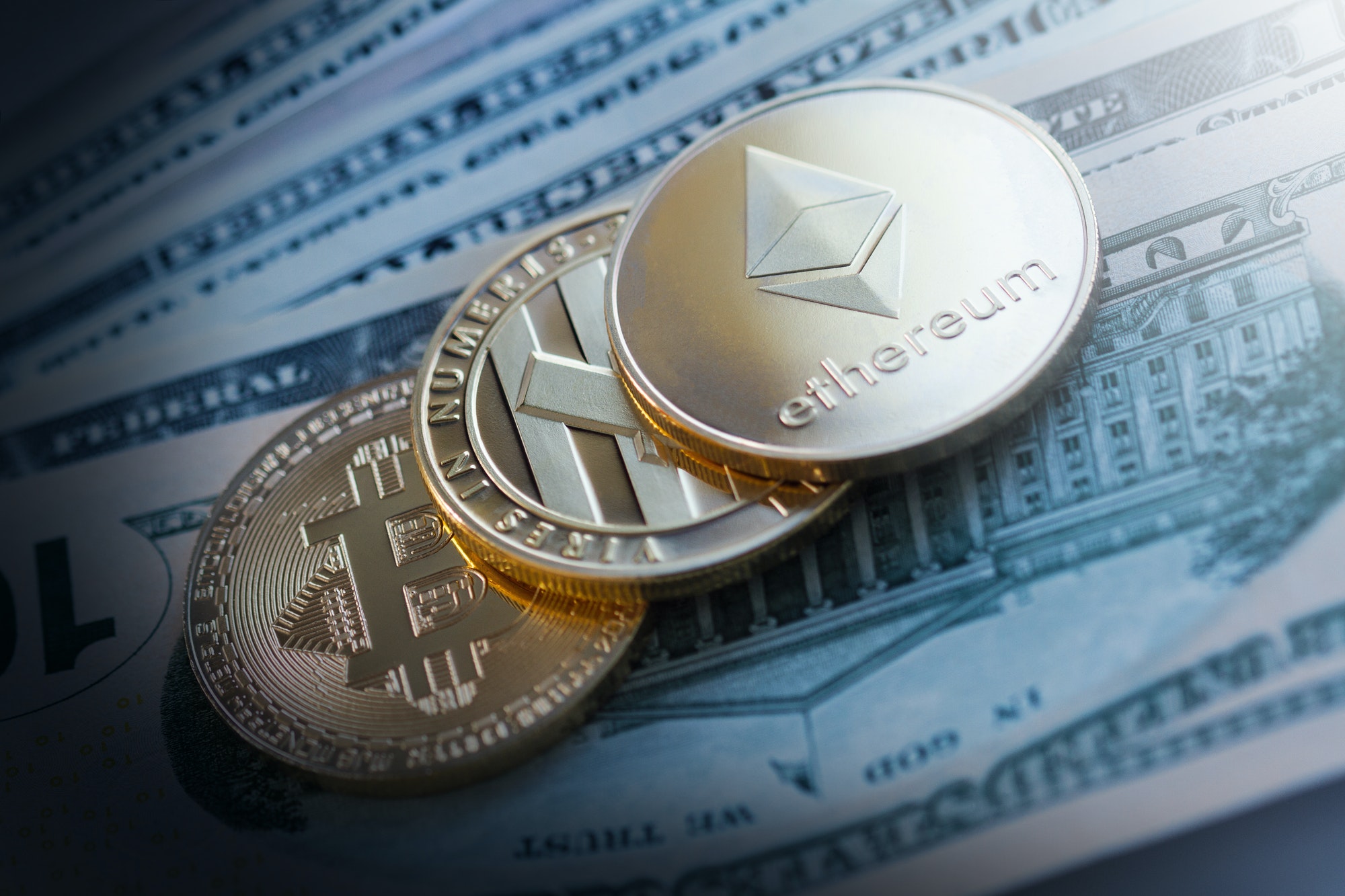 31) Augur (REP) is an open-source prediction market platform that uses game theory to generate crowd-sourced predictions about any future event.

32) Monacoin (MONA) is a peer-to-peer payment network established in Japan that’s entirely powered by its users with no central authority or middlemen.

33) IOTA is a brand new and novel micro-transaction crypto-token optimized for the Internet-of-Things (IoT).

34) PIVX is an open-source crypto coin that focuses on privacy, innovation, and development.

35) Zcash (ZEC) is a decentralized blockchain-based cryptocurrency that aims to offer anonymity for its users using zero-knowledge cryptography. 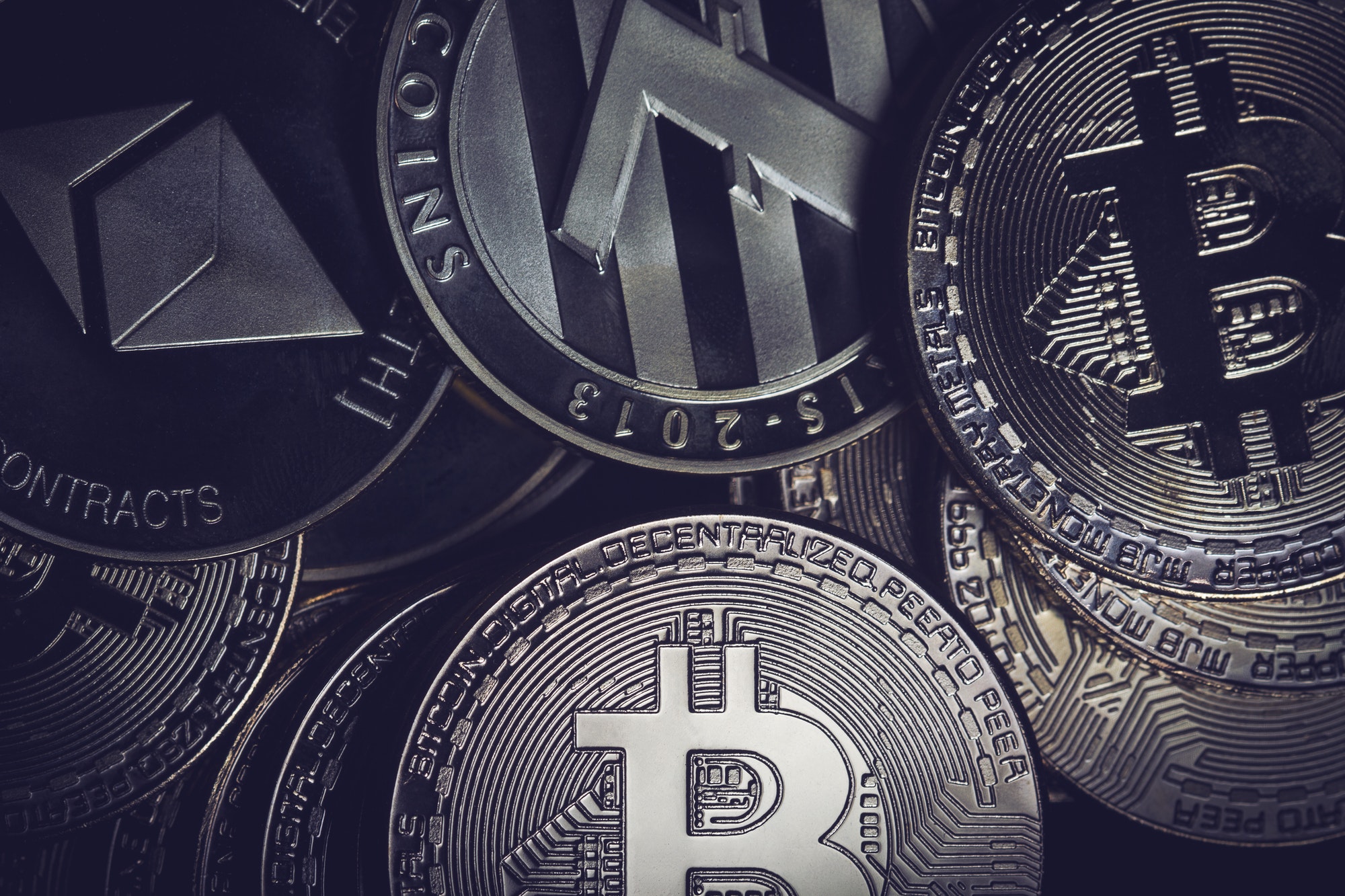 37) Golem (GNT) allows people to buy or rent out computing power from other networks.

39) Stratis (STRAT) provides businesses with the technology necessary to implement blockchain applications for themselves.

40) Waves (WAVES) is an open-source blockchain platform that allows any user to issue their own token or coin. How WAVES works are by allowing anyone to build their own token without doing much legwork. 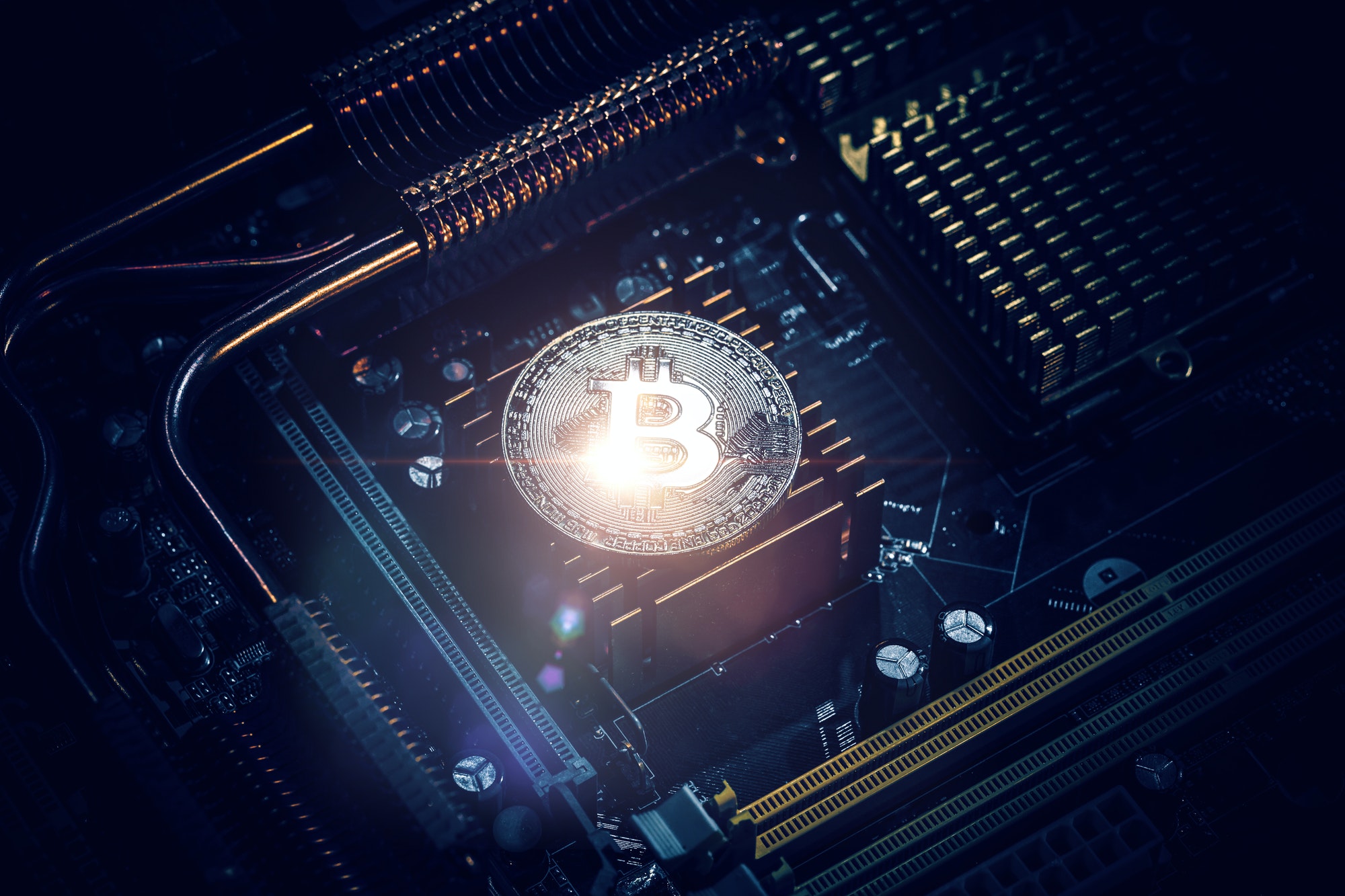 42) Qtum (QTUM) combines the advantages of Bitcoin and Ethereum, avoiding disadvantages. The advantages of Qtum are that it is easy to share, especially with the cooperation of ETH, C + + code. The disadvantage is that there are two-sided coins, also known as “deflationary coins.”

43) Monero (XMR) is a secure, private, and untraceable cryptocurrency created in April 2014 that focuses on privacy and decentralization that runs on Windows, macOS, Linux, iOS, and Android.

44) OmiseGO (OMG) is the Plasma decentralized exchange, hosting an open-source digital wallet platform from Omise with a white-label solution for businesses.

45) IOTA (MIOTA) can be described as a third-generation public distributed ledger that goes ‘beyond blockchain’ through its core invention of the blockless ‘Tangle’. 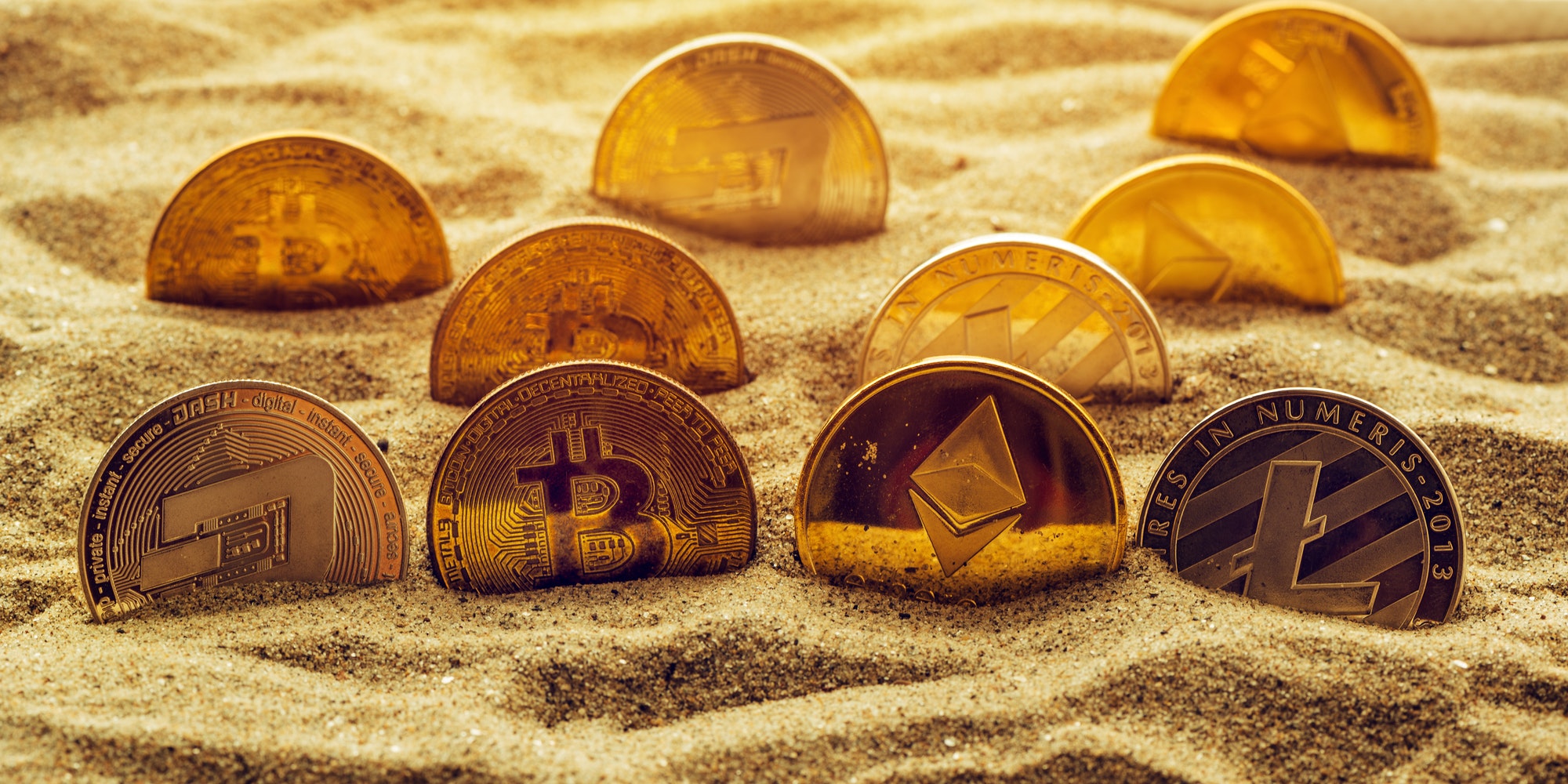 46) Lisk (LSK) enables developers to build applications and deploy their own side-chain linked to the Lisk network, including a custom token. With Lisk, you are able to write applications in JavaScript.

47) BitShares (BTS) offers a stack of financial services including exchange and banking on a blockchain. It has been described by CoinDesk as “a building block” for the cryptocurrency community.

48) EOS is a blockchain-based system for the development of decentralized applications (dApps) that was launched by Block.one in June 2017. EOS’s primary goal is to become a decentralized operating system supporting industrial-scale dApps, with claims to eliminate transaction fees and also conduct millions of transactions per second.

49) NEO is a community-driven, open-source cryptocurrency that enables users to manage their digital assets and automate the distribution of certain tasks carried out on its platform. It uses blockchain technology and digital identity to digitize assets, automate the management of digital assets using smart contracts, and realize a “smart economy” with a distributed network.

ETC is the original cryptocurrency that came out of Ethereum’s hard fork. Since the hard fork, the market for this cryptocurrency has grown bigger, now having a market capitalization of $1.7 billion (2nd after Bitcoin). 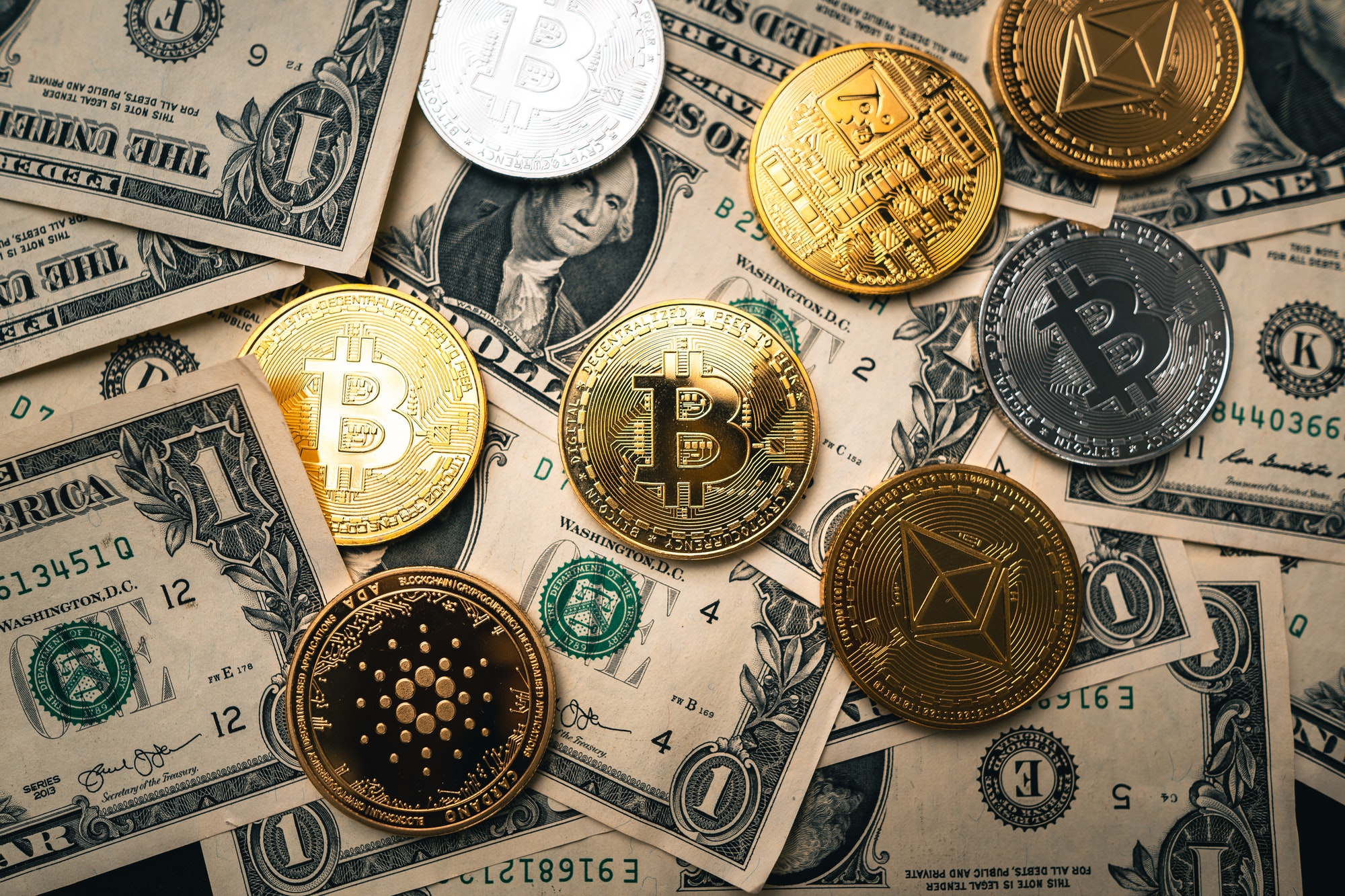 51) XRP (XRP) is a digital asset for payments, created by the company Ripple. This coin is best known for its fast transaction settlements (faster than BTC, ETH). The coin has a circulating supply of 38.7 Billion out of a maximum supply of 100 Billion XRP coins.

52) NEM (XEM) is a peer-to-peer crypto platform. It is written in Java and JavaScript with 100% original source code. NEM is known for its blockchain management system that uses a plug-in hybrid consensus mechanism.

53) Cosmos (ATOM) aims to connect various blockchains. It uses the concept of ” hubs” to connect blockchains and allow them to communicate with each other. With Cosmos, you are able to create new tokens on the Cosmos blockchain, which are being tied to assets of value.

54) Internet Computer (IOC) is an upcoming new, decentralized internet. Users will be paid for providing their computer as a host to serve websites and users on the internet computer.

The pros of buying this new cryptocurrency are that users will be paid for sharing their computing power with the Internet Computer network. The cons are uncertain because cryptocurrency isn’t legal tender nor backed by any government or central bank.

So there you have it, a very in-depth list of the different cryptocurrencies you probably should know more about. Which one are you most interested in? It’s important that you do thorough research to find the one(s) that are right for you.

Of course, some of these will come and go, and new ones appear on the crypto market weekly it seems. Always do your due diligence before investing in any cryptos as the are a few that have been scams.