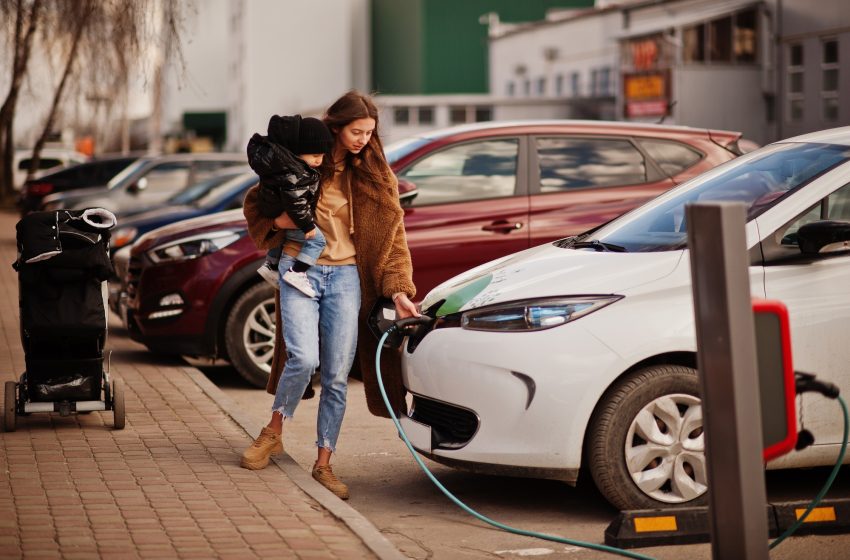 How Electric Vehicles Will Transform How We Drive

Electric vehicles are not new technology. Rather, they have been around since the 1700s. However, ever since the development of gasoline-fueled cars in the 1800s, electric vehicle technology has been pushed to the wayside as a novelty rather than an essential part of everyday life.

In recent years, however, there has been a push to bring back electric vehicles and make them more viable options for those looking for an efficient car that does not harm our environment.

What many people don’t know is that it’s actually a bit more complicated than plugging a car into a power outlet and going about your day as you would with a traditional gas-powered vehicle.

Charging stations have popped up all over cities within North America and Europe and that trend will continue to grow.

While there are different types of electric vehicles (EVs), they all share similar traits that help them run. They get their power from batteries which get charged when connected to electricity, but the specifics vary based on vehicle type.

-Hybrid Vehicles like the Toyota Prius and Chevrolet Volt use both gas and electricity while only providing the benefits of an electric engine for short trips or hybrids like these can be plugged into a wall outlet at home or at work to charge while parked.

-Plug-in Hybrid Electric Vehicles (PHEVS) can be plugged in like other EVs but also have larger battery capacity so they can provide more range before needing gasoline.

PHEVs still make use of gasoline and an electric engine to propel the vehicle, however, they usually have a higher gas mileage than conventional vehicles.

-Battery Electric Vehicles (BEVs) have no gasoline engine; instead, the car uses electricity that comes from an external source or onboard batteries.

BEVs can travel for between 100 and 300 miles per charge depending on the size of the battery pack and type of EV. PEVs are charged by plugging into standard outlets at home but can be recharged faster at public charging stations if necessary.

Electricity has evolved over time meaning that older versions of EVs will be able to use new technologies while others may need replacement parts like newer batteries.

This means that it is more cost-effective to purchase one of these older models because many parts are interchangeable.

Batteries are no exception to this rule. A battery pack with a capacity of 10kWh may be able to run an older BEV for at least 200 miles per charge, but only in the summer when temperatures are warmer and have less effect on your range.

If you buy a new model that uses lithium-ion batteries, it will have a higher energy density than previous versions which means you must charge more frequently.

The examples below show some of the possible evolutions in PEVs over time that people predict could happen in the future due to advancing technology or changing climate needs– they do not necessarily represent my personal opinion.

1.  Vehicles may be built with smaller engines that allow for power to be generated at the wheels themselves.

2.  The vehicles could have single motors powering the rear or front wheels instead of both sets, making them more efficient than current full-electric vehicles (EVs).

3.  Tesla’s supercharger stations may become obsolete as battery technology advances and allows EVs to travel farther on a single charge.

4.  Solar panels attached to the roofs of homes or large buildings would generate electricity during the day and store some in car batteries, making charging an EV from renewable energy sources feasible.

5.  Peak shaving chargers will allow drivers who are in condos or apartment buildings without chargers to use electricity at night when demand is lower, costing them much less than the standard rate.

6.  Buses and garbage trucks may run on electric motors instead of diesel engines, reducing smog in urban areas.

7.  Mopeds and motorcycles could use smaller batteries that are easier to carry or hide under the seat.

8.  Manufacturers will be able to produce vehicles with low drag coefficients without worrying about whether they also look good, allowing for faster vehicles with less drag resistance and better mileage/range per charge.

9.  Range anxiety will become a thing of the past as new charging technology makes it possible for EVs to travel up to 500 on a single charge.

11.  Vehicle manufacturers will produce more EVs which will decrease their profits on gasoline-powered vehicles so they need to find new ways to make money (such as becoming charging stations).

12.  Companies who build charging stations could expand and create large networks of stations, allowing drivers to travel over longer distances at ease.

13.  The entire energy industry would be influenced by the switch to EVs, making energy companies consider using renewable resources like solar or wind power instead of coal and oil.

14. New jobs would be created to manufacture and maintain electric vehicles.

15.  Electric vehicle owners may end up paying less on average for fuel than gasoline-powered automobile owners due to the decreased running costs (including no oil changes, reduced maintenance requirements like brake pads and axels).

16.  Drivers who switch from gas-powered vehicles will save money whenever switching to an EV model since they are generally more expensive upfront but have much lower running costs compared to traditional cars.

17.  More driving distance is required per battery charge so manufacturers will need to create new ways of expanding the range capabilities of EVs which could lead towards advancements in internal combustion engine technology as well, either by improving the designs or creating entirely new models.

18.  The technology exists to charge vehicles wirelessly which will greatly reduce the time it takes to refuel EVs and could allow owners to recharge their cars while at work or on the move (in a similar fashion to charging mobile phones).

19.  Environmental benefits are clearly seen in the form of reduced emissions especially when using renewable sources of power like wind or solar energy, but make no mistake; electric cars still produce emissions during their use phase (such as the energy required to create the vehicle), although it is expected that this issue will be solved with research into renewable power storage for home EV chargers.

21.    Federal government incentives like the $7500 Federal Tax Credit, and state-level incentives like California’s HOV lane access are helping to make electric cars more affordable for consumers; this is especially beneficial in states with expensive electricity rates (New York, Hawaii) where gasoline would most likely be cheaper than electricity even with subsidies factored in.

22.   Gas stations will most likely become obsolete as charging stations appear at home and on the road, allowing for greater range with shorter stops; imagine never having to go to a gas station again!

So as you can see there are many advantages to electric cars, and that the current challenges to the technology are not sufficient enough in overcoming what electric cars actually have going for them.